Resins and 3D printers: the state of the art 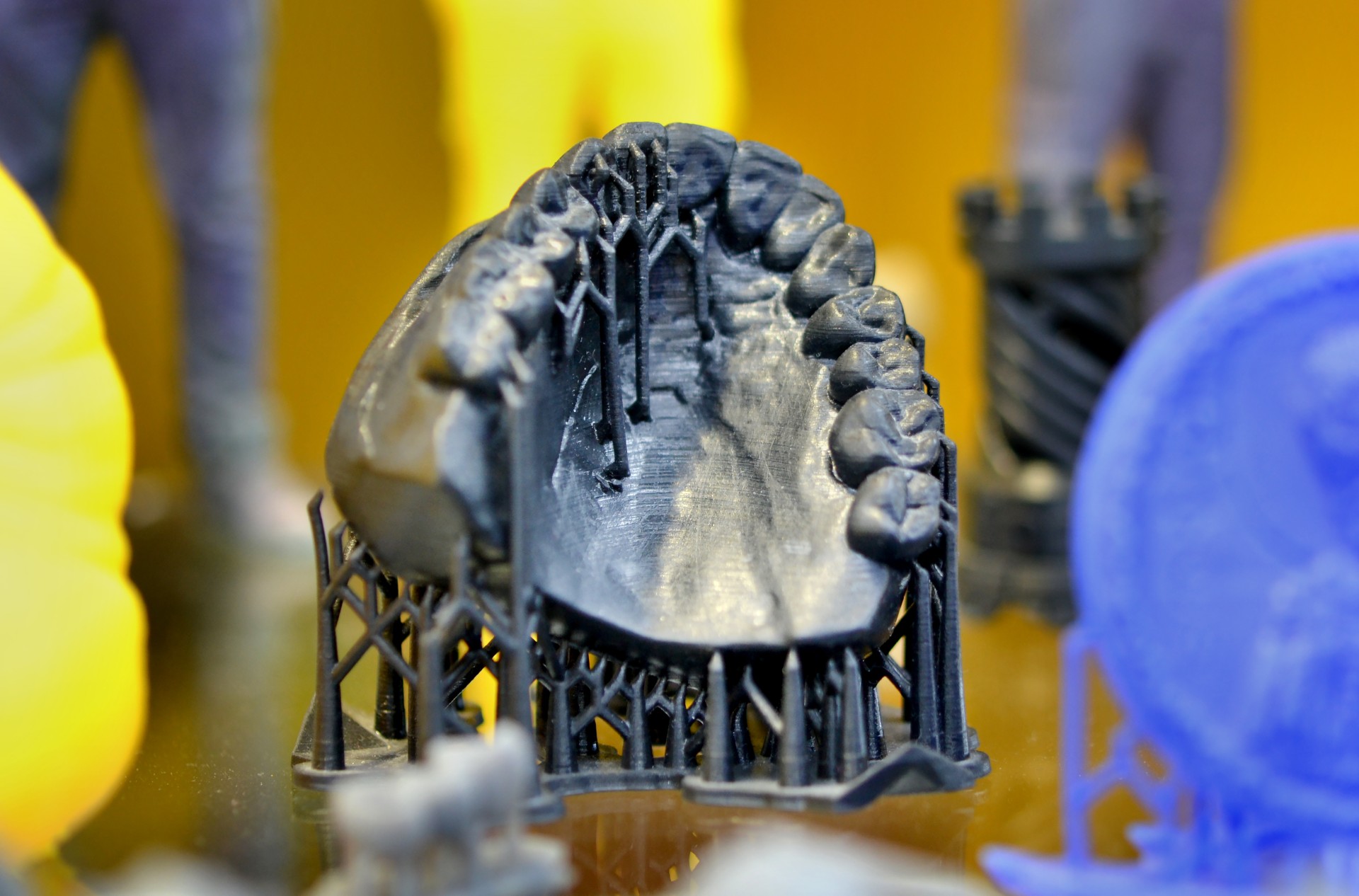 The term “3D printing” is generally use to describe a productive approach involving the construction of objects by layers. This process is more correctly described as an additive production method and it is well suited to rapid prototyping1,2.

3D printing techniques are not a novel concept, as they have been developed and used since the late 1980s and ‘90s3. However, 3D printing is currently arousing great interest and it is heralded as a ground-breaking technology that will revolutionise production systems forever.

At the current time, the CAD (computer-aided design) design software of 3D printers is used in industrial design, engineering and production, and it is becoming increasingly common also in dental laboratories. Some dental practices are even equipping themselves with 3D printers. In actual fact, 3D printing has been popular for certain dental and maxillofacial surgery applications 4, for years, and resin is the material that is usually used with these printers.

With the development of information technology and software applications, CAD software programmes permit immediate access to the DICOM volumetric data of computed axial tomography scans (CT or Cone Bean CT) and to the STL data of intraoral and extraoral optical scans, making it possible to create objects and 3D models that are faithful reproductions of the data acquired from the patient using these imaging techniques.

This allows the operator to evaluate first hand and at a stage prior to the clinical intervention aspects such as the bone structure of the patient.  This will make it possible to simulate the intervention to be performed on the 3D patient model. This is particularly useful for maxillofacial surgery, especially oncological surgery, which requires accurate and precise incision guides, in order to correctly remove tumours, or even in maxillary reconstruction surgery, which requires landmarks for the correct positioning of grafts or flaps, in order to achieve satisfactory clinical (both functional and cosmetic) results.

The world of dentistry

Until now, dentistry has always been closely associated with subtractive production technologies5, better known as “milling”. Subtractive production involves the removal of material in order to obtain an object. CAD-CAM (Computer Aided Design/Computer Aided Manufacturing) systems with multi-axis milling devices for the production of crowns, bridges and other prosthetic structures from preformed blocks of material have revolutionised modern dentistry,6 especially since the exponential increase in the price of noble metal casting alloys that has taken place in recent years7. This has also permitted an increase in the average quality of restorations and production speed, by reducing the potential for dental technician errors during the casting and lost-wax casting phases8. Moreover, the introduction of zirconium as a more cosmetically satisfactory alternative to conventional metal alloys has undoubtedly favoured the adoption and use of CAD-CAM technologies in dentistry. Dental technicians are now therefore able to concentrate their manual abilities on the more creative aspects of the manufacturing process, such as the cosmetic stratification of the porcelain.
However, even the milling devices associated with CAD-CAM systems have limits. Being a subtractive process, it is nevertheless slower and more expensive than an additive process, as well as causing wear on the milling device. System precision is also limited by the complexity of the object, the size of the equipment and the properties of the material.2.

This is where 3D printing comes into the picture for the accurate manufacture of complex structures, using a variety of materials with highly desirable properties for dentistry and a less expensive manufacturing system.

Use of resins by 3D printers in Dentistry

As mentioned previously, one of the first and most important dental applications of 3D printing resins is the production of anatomical “study models”. The possibility of obtaining detailed replicas of the patient’s jaws allows a thorough examination of their anatomy, especially in complex, unusual or unfamiliar cases, such as severe bone resorption, and to plan or consider a surgical approach before the procedure9,10.

Remaining in the oral surgery field, 3D resins can also prove useful in implantology in order to produce not only anatomical study models of patients, but also to obtain surgical templates to guide the placement of the implants, as is the case in static guided surgery11.
The same applies for the creation of periodontal surgical templates in patients with gum disease.

In maxillofacial prosthetics, 3D printing can make it possible to restore body parts, such as the outer ear or nose that are missing due to either congenital or acquired causes 12. In the case of unilateral defects, modern scanning technologies make it possible to acquire the contralateral side by scanning and to restore the affected side by mirroring the scanned side.

3-D printers and the corresponding resins can prove extremely useful also and especially for dental prosthetics. In this field, 3D resins are used to produce custom impression trays using a digital impression or impression obtained using conventional materials. Another application regards temporary prostheses. Again starting with an intraoral impression, in just a few minutes dentists can obtain a temporary prosthesis tailored to suit a specific patient. This is very handy especially when the 3D printed is actually inside the dental practice.
Other uses of 3D printers can include the production of temporary prostheses or radio-opaque prosthesis prototypes or, during the dental technician stages to print soft gums to position on models.

These are just some of the potential applications of 3D printers in dentistry. However, there is still a great deal to be done and tested in this field. This not only regards further potential uses, but also the resin setting parameters to be used during production and the possibility of using materials that can be hot- and cold-sterilised.

Are you interested in Zhermack's materials for CAD-CAM systems?